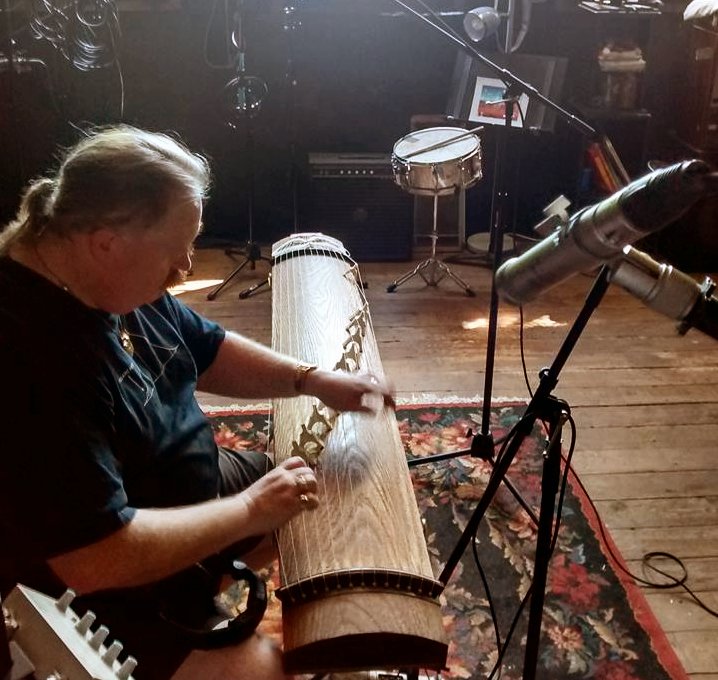 Yesterday was really productive.  I spent the day at Pyrate Llama Studios to catch up with some new tracks and explore some recording techniques, and thanks to input from those present, a new project is starting to take shape!

While we were setting up, I was talking with Jon the engineer about laying in a background track of the ocean that I had created at this cool do-it-yourself site. I’d been toying with the idea of doing more pieces with nature sounds, since I like them and I feel like a lot of my music would do well with that kind of thing.  After we got the first song done, I decided that this really was a good idea and so we are beginning the process for a new album in the “environmental” style.  During the rest of the session, we managed to get a second piece that will end up on this album and talked about setting up some field recordings for backgrounds.

In one of those lucky moments, we turned out to capture some birds singing outside the studio while we were recording a koto piece.  Jon was concerned that I wouldn’t want that and we’d have to re-record, but after hearing the track I said “No, that’s great.  We’ll pick a background track that will go with birds.”

“Call it fate, call it luck, call it karma…I believe everything happens for a reason.” — Peter Venkman

As we were wrapping up the session and discussing plans for our next studio date, Debbie came up with the name for the album:  Nature Walk.  I’ve always intended to keep the concept of walking in all album titles, so this fits the bill.

It was one of those moments in life where you’re in a situation that you can’t quite believe you’re in.  I mean, we’re sitting around a studio control room after a day of recording and discussing some of the creative aspects of an album.  Even though I spend a lot of time pursuing these kinds of goals, it still struck me as a “wow, look at this!” moment.  It made me feel like a real recording artist.  And I’m not too proud to say that I’m still surprised and thrilled about doing these things.  I hope I never lose that.

I’m not sure when this project will be completed, but hopefully before the end of 2015.  We have 2 songs for sure and I will be working on more in the coming weeks, along with collecting the nature sounds we’ll need.  I am not planning on this being a sleepy-time album, but the music will decide that more than I will.  My only goal is to create something that people will enjoy.

Watch for “Ocean Amblin'” and a second as-yet unnamed song in the next few days (they are in mixing right now).  And put on your thinking caps because I will be asking for fan input to name some of these songs, too.  What better way to be immortalized than in liner notes?