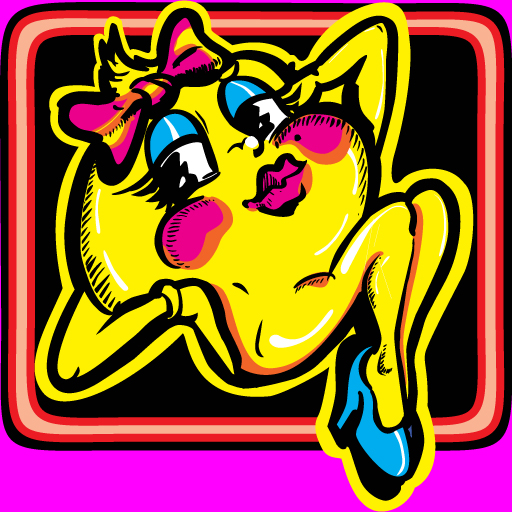 She’s Not ‘Fraid of No Ghosts!

Today I want to pay tribute to a true pioneer. Not just a pioneer, but a trail-blazer in her field. The first to break the gender barrier in one of the most prolific and lucrative parts of the entertainment industry in every country on Earth: Ms. Pac-Man.

From the very beginning, video games were dominated by male characters. If there were any women portrayed, they were always shown to be weak and helpless, constantly in peril from evil apes and in need of being saved by heroic male player-controlled avatars. But in 1982, that all changed. Ms. Pac-Man showed us that not only could a WOP (Woman Of Pixels) save us from ghosts just as well as a (Pac) Man, but that she could also do it with style and a stunning display of fashion sense.

Many detractors have suggested that Ms. Pac-Man would never have gotten anywhere if not for the inspiring work done by her partner, the ‘original’ Pac-Man. While it is true that Pac-Man kept us safe from ghosts and was the uncontested pioneer in maze-based gaming, Ms. Pac-Man took maze-saving moves to new heights. Or she would have, if mazes worked in three dimensions.

Dots? Fruit? Ghosts? It had all been done before. But nobody had ever done moving fruit before Ms. Pac-Man, and nobody has done it since. Add to that the increased speed, and you’ve got some tough dots to eat. Only a genetically and power-pill enhanced mutant like Super Pac-Man could even hope to keep up, and even then just for a few seconds at a time–not even as long as Roger Ramjet!

Despite some pretty nasty digs in the press, Ms. Pac-Man took it all in, um-…stride. She found her way onto lunch boxes, cartoons, T-shirts, and more. There were even plans for a movie, but they were abandoned when Baby Pac-Man arrived, as the Pac-Mans wanted to devote their energies to family matters. Both parents continued their ghost-hunting work and enjoyed modest success doing cameos in other games and pop culture tropes throughout the 1980s and 90s. 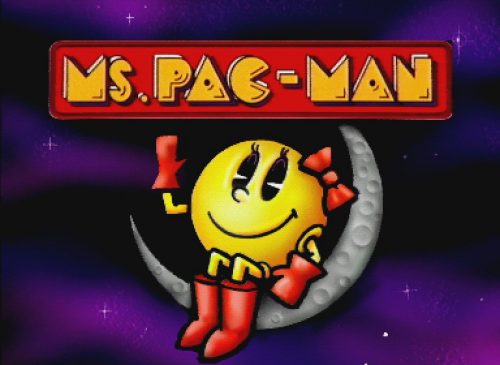 The image at left is the proposed cover for Ms. Pac-Man’s pop single, “These Boots Were Made For Waka-Wakan’,” which was never released due to problems with ghosts disrupting recording sessions.

Ms. Pac-Man was tragically widowed in January of 2002 during the ‘Raiders of the Lost Arcade’ incident when General Colin Pac-Man was struck by the bullet of an invader from space. Never one to bow to adversity, she has continued to delight fans of all ages with her daring exploits. A letter-writing campaign is underway to make her an honorary Ghostbuster for her pioneering work in the field of consumptive ectoplasmic eliminations. When asked for comment regarding this honor, Ms. Pac-Man remarked, “Slimer’s not the only one with a big appetite.” Tabloid publishers were quick to seize upon this comment as alluding to some kind of tawdry relationship between the two stars, but sources close to both celebrities declined comment.