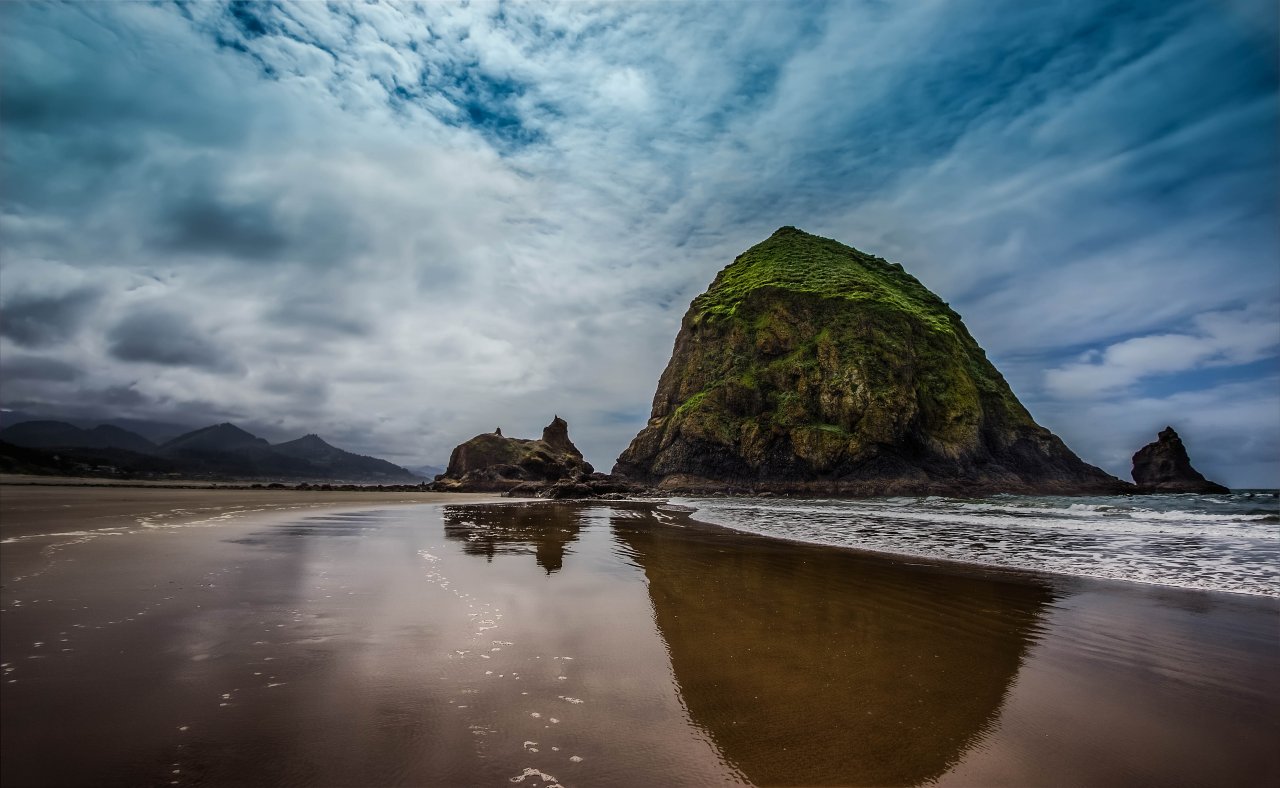 Think of this meditation as a ‘micro-vacation’ to the Oregon coast. Sunny but then the clouds roll in, then they blow away and it’s sunny once more.

The original idea for this song came out of a 2-chord progression I first played with a dedicated group of hobbyist guitarists many years ago. One of them was working on a romantic song to play for his girlfriend and asked the rest of the group for ideas to add to his main theme. I tried my hand at the same chords several months after the group had disbanded, and played around with it for several more months before the pieces began to come together. Once I could imagine the scene and story that went with the music, the rest was relatively simple.

That basic 2-chord progression works so well that I often use it to help students learn about songwriting. For the aspiring musicians out there, here’s a free mini-lesson.

Voilà! Instant romantic guitar. This works best with acoustic instruments, but the theory is sound for just about anything.

Besides being fun to play and enjoyable to listen to, this is one of my favorite songs because it’s good for my ego. I used to play at a local open mic, and each time I went one of the other players would always ask me to play this song so she could sit and watch my fingers. I’m not a world-famous guitarist, but her interest made me feel like one for a minute or two. Thanks Heather!

Thanks for listening. I hope you enjoy your micro-vacation!