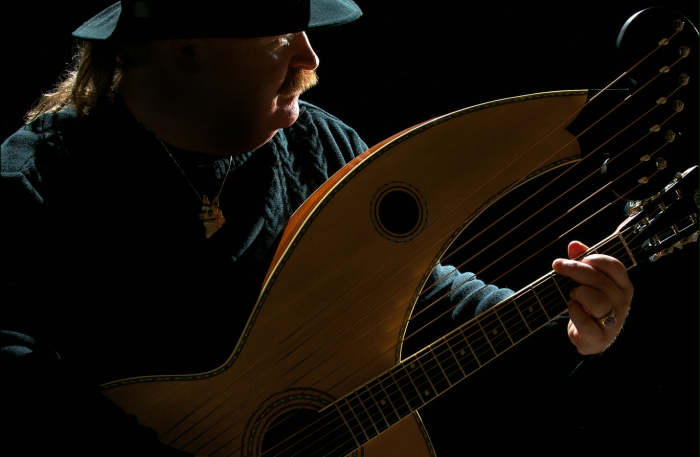 I’m so excited about this I don’t even know how to begin. My first EP has been released! I had a fun and extremely educational time doing a recording session and decided to keep the momentum going by taking those tracks and making an EP out of them. So not only am I learning about recording and production, but about cover design, duplication, photography, marketing, and distribution. It has been a big job and I can see the advantages of having a label or some other entity that handles the business aspects, leaving more time for musicians to work on music. Maybe someday I’ll have that, but for now the lessons I am learning will prove to be very useful.

You can hear and buy the music at:

Most of the tracks on the EP will find their way onto a more finished and full-length album but just in case some fall away, here’s a little bit about them. Call it liner notes in the cheap seats, if you will.

5 Minutes From Now – People always talk about what the best time of life is. My answer: “Five minutes from now. You’ll want to stick around because it’s going to be amazing!” This song is built around the D Major chord form and the fingerings for the main theme are quite simple. I use this song as an example when I teach guitar about how much mileage you can get out of a simple idea.

Easy Duz It – This song is dedicated to all dish washers everywhere. Yes I know–Duz was actually a laundry detergent, but the full story will bring it all together. This one will definitely find its way to the album so I’m not going to spoil the surprise by telling the whole story here. I’ve been experimenting with playing this song on various instruments and still haven’t quite decided which one to go with. I like the feel on the 12-string but the baritone version is quite different and puts a new interpretation on the song that I’m still exploring.

Harpalicious Improv #1 – We got this in one take. I said “just roll and let’s see what happens”, and this is the result. Some of these ideas may appear in future songs. For best listening, crank up the bass.

Song For Alice – This one is both rewarding and disappointing. I started writing it for a friend with the hope that she would get to hear it before she passed away, but that didn’t happen. I haven’t learned how to craft a song rather than discovering it, so it took more time than I had hoped. However, Alice’s surviving family did get to hear it and they told me that not only did they like it, but that Alice probably would have too. I miss her, but playing this song keeps her with me.

Sky Rabbit – This is the first song I completed. I have fragments from earlier times, but they haven’t finished developing yet. The melody just sort of fell out of the air, but the song itself is dedicated to my wife. Playing it always makes me think of her.

I want to thank the folks who have helped with this project not only with their expertise, but also with their professionalism and support. They have all been most generous about helping me learn as I go along.

Pyrate Llama Studios – Jon for his patience and creativity and Jake the Wonder Dog for just being himself.

Mirifoto – Miri is an awesome photographer and is great at getting clueless subjects to do what they need to look good on film.

Dale “Dr. D” Turnbull for his friendship, advice, and support. Also for helping me realize that low tones are where the magic really happens.

Orchid our cat for being my #1 fan, enjoying my music and demonstrating her amazing rolling abilities.

Most of all to my wife Debbie, who not only helps me get to places and haul stuff around, but for her endless patience in putting up with the process of writing material. There’s a lot of repetition and lack of structure sometimes, and she takes it in stride. While music may not be a visual art, many other things are and she’s terrific at helping with them. She inspires and encourages and loves me for whatever it is I am, and I couldn’t ask for any more.

The digital age may make it easier for artists to record and distribute their work, but even so I am sitting here not believing that I just told all of you that I’ve released a CD. Being able to perform music has been a dream of mine since I was a little kid, and having it actually happen takes a bit of getting used to. Writing original music was completely outside the bounds of my imagination and it makes the whole process even more exciting and rewarding.

I hope you enjoy the music!