A Melodic Stroll Through “Walking Softly”
by Marian Pierce

I picked up Jim Dorman’s EP, “Walking Softly” after I listened to him playing instrumental acoustic guitar at a Portland farmer’s market. Jim composed all 7 tracks on the EP which starts with the sweet, summery “5 Minutes from Now” on an instrument called the harp guitar. If the harp guitar was a human voice in this song I’d call it a soprano, with a controlled vibrato and lovely upper register, though the tenor notes are also clear and true. On his website, Jim wrote of his inspiration for the title of this melodic, catchy song that, “People always talk about what the best time of life is. My answer: ‘Five minutes from now. You’ll want to stick around because it’s going to be amazing!’”

“Easy Duz It,” the second song on the EP, has a bright yet full-throated sound and a foot-tapping melody. Played on the 12 string acoustic guitar, the song is a playful, rhythmic skip, a youthful jaunt, with a blend of finger picking and chords. The melody has propulsion, a pleasing forward velocity to it. The slowing at the end and the resolute final chord were particularly satisfying. I found my whole body moving in time to the music and couldn’t help smiling when I listened. This song doesn’t brood. It says, “easy duz it, everything’s going to be alright.”

In the third track on the CD, titled “Harpalicious Improv #1,” Jim again plays the harp guitar, fitting given the title of the song. If I thought the harp guitar was only a soprano, this song proved me wrong. The arresting beginning is deep-voiced, bluesy, and like the opening to a good story, made me want to listen to every note. Jim says in what he calls his “liner notes in the cheap seats” that he improvised this and I could hear it in the piece. It’s creative, has a jazzy feel and contains great musical surprises. Just when I thought the song had ended, two more notes sounded as if raising their hands.

Jim composed “Song for Alice” for a friend of his who died before she ever got to hear it. The song is sometimes hopeful and sometimes melancholy as it switches between major and minor keys. This is a gentle piece with a wistful edge. It’s easy to listen to, but it’s not easy listening. The same could be said of the entire EP.

There are two other versions of “Easy Duz It” on “Walking Softly.” Jim plays the second version, the 6th track of the EP, on the harp guitar. Compared to the cheerful version in Track 2, this version had a more mature, measured, weighted sound. The 12-string version is a sunny yellow, but the deeper notes in the harp guitar version enhanced the beauty of the melody, changing its color from yellow to gold. On the extended version in Track 7, the color returns to yellow — a jaunty yellow with more flourishes and accents. The musician is having fun with the song and so did I.

In my first few listens to “Walking Softly,” “Harpalicious Improv 1” was my favorite song. But as I listened more, “Sky Rabbit,” which Jim wrote for his wife, grew on me. On his website, Jim says “the melody for this just fell out of the air.” The song has mystery to it and an undertone of quiet reflection and even sadness. It contrasts major and minor keys, high and low notes, bright and dark, earth and sky. If I’m not mistaken, I heard the influence of Latin music. It grows in complexity – I almost want to say thoughtfulness — and I felt the ending, haunting and resonant, was Jim’s best. I’m looking forward to a full-length CD from this artist.

I found my whole body moving in time to the music 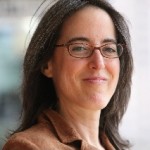 I couldn’t help smiling when I listened! I picked up Jim Dorman’s EP, “Walking Softly” after I listened to him playing instrumental acoustic guitar at a Portland farmer’s market. Jim composed all 7 tracks on the EP which starts with the sweet, summery “5 Minutes from Now”… READ MORE

Jim is a true musician playing many types of stringed instruments from six-string guitar to harp guitar. (Yes, harp guitar!) I’ve had the opportunity to take classes from him. He’s very patient and knows his music. I’ve also heard him perform. If anyone is looking for beautiful instrumental music for… Read more “Patience and Knowledge”

A very talented musician with a unique sound 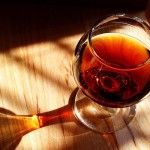 Jim’s melodic tunes captivate you whether he is the main attraction or the background music to your bar or restaurant. I would recommend Jim’s musical talents to any venue.

There’s nothing better than to relax with a nice glass of wine, and listening to soothing music before watching an epic adventure! Jim has been entertaining guests in our Living Room theaters at Cinetopia, and we’ve heard great feedback regarding the smooth atmosphere he creates.

Relaxing & romantic — just what we needed!

Jim came and played guitar for a Valentine’s Day dinner at our retirement community.  We were looking for relaxing and romantic background music, and that is exactly what we got with Jim.  He was very accommodating, agreeing to switch locations halfway through the dinner in order to play for people… Read more “Relaxing & romantic — just what we needed!”

Energy in the community 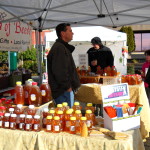 Such an amazing talent and a blessing to our community. He has so much in depth knowledge of music and musical instruments that when combined with his artistic talents and amazing energy he brings the Bull Mountain Farmers Market to life every time he visits. Thanks Jim for everything you… Read more “Energy in the community”

Jim was amazing to work with! Professional and easy to communicate with and flexible (we moved his setup last minute from the backyard to the front due to 110° heat). His guitar playing was such a beautiful accent to our gathering and made it even more special. I would book… Read more “Flexible and beautiful”

I’ve had the pleasure of hearing Jim’s music as well as performing with him and I think his description of himself as a “musical adventurer” hits the mark.  He is creative and entertaining with his craft.  He takes his work seriously and professionally.  Musically, he is unique.  Professionally, he is… Read more “Adventurous” 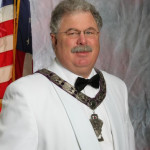 Easy listening for the casual listener, meaty enough for the music buff.

Your advice has made me feel better about myself, has helped to make better decisions, and continues to be incredibly relevant. I feel like the path is a little tighter and a little clearer.

Jim is great to work with.  He comes to my business for an art & social hour once a month and showcases his music.  He mixes things up and keeps it fresh. He’s a very good musician and a great conversationalist with our visitors.  He’s very professional, asking good questions… Read more “Variety and professionalism”

Jim makes everything easy to understand. All of my questions were answered. If I’m still having trouble understanding a concept, he will try to explain it in a different way until it clicks with me. I feel I have learned more in the last few months taking classes with Jim… Read more “Awesome teacher!”

Best two hours I have had playing guitar with others ever 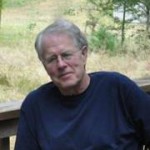 Last night showed why Survival Guitar is of such value to a guitar player who wants to learn to play with others, certainly in a jam but other venues as well. Last night I was provided with an opportunity to solo in real time with other players. I also was… Read more “Best two hours I have had playing guitar with others ever”

Our guests really enjoy when he comes to play 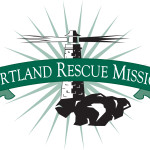 Jim’s got a great sound and smooth vibe playing in our community center.  I have over 16 years of event management along with working in the entertainment & concert industry for several years and I would highly recommend Jim and his talent for any gig or venue.

Jim was excellent–easy to connect with, flexible about set up with weather issues and a very skilled musician. His playing set the tone for our birthday dinner party!